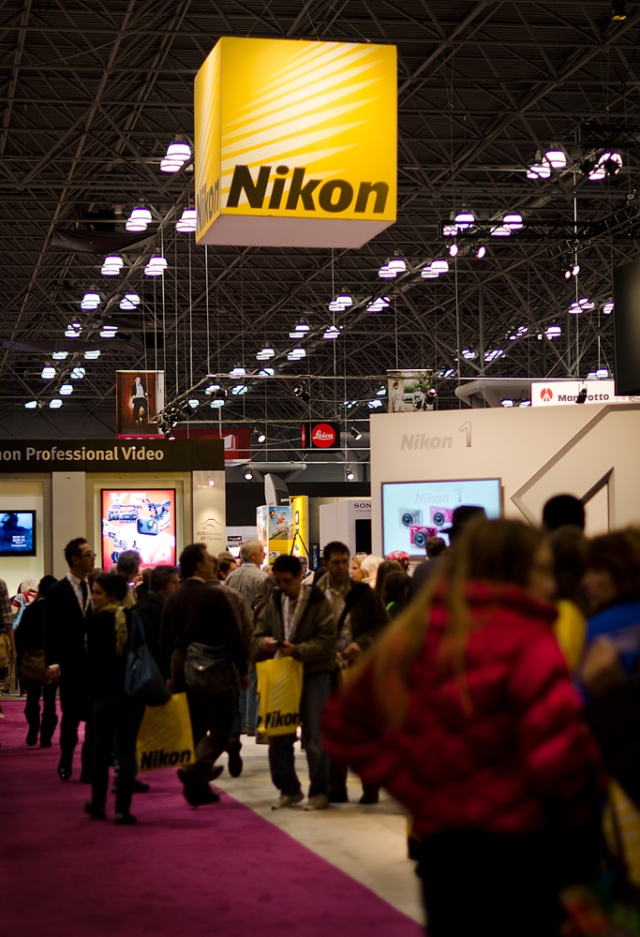 Yesterday I traveled to NYC to my second PhotoPlus Expo; I was a photography trade show virgin at PPE last year. I get a thrill traveling to New York City any time; the city is so stimulating (some times a little too much so). It is especially exciting to see some of the people I follow on the internet in person. I’m not much for watching TV these days, and I’m not a big music fan, so these photography authors and podcasters are my rock stars/movie stars!

This year some of the stars seemed a bit more elusive than last, when I met Scott Kelby and saw RC, Dave and Larry from the Kelby crew, along with glimpses of Joe McNally and Scott Bourne. But I did get to actually meet and get a picture with Dave Cross and Brad Moore this year: 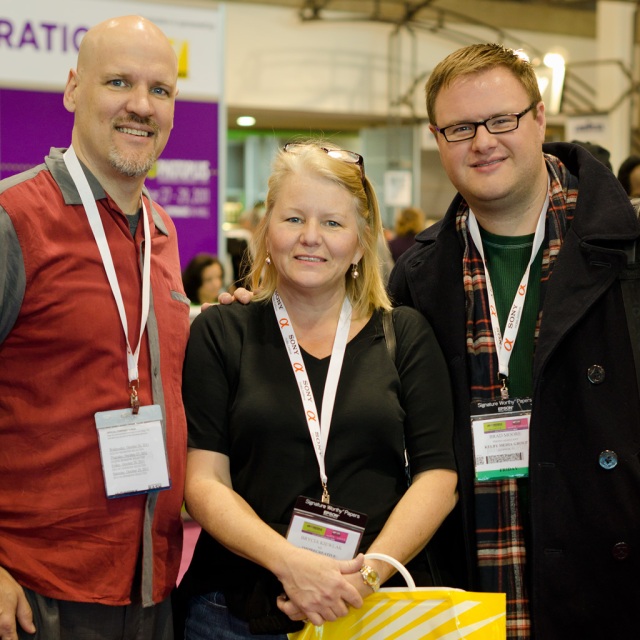 I also met Susan Roderick from the CreativeLive classes, no Chase though! I sat in on a presentation by Mark Humphrey, a chap from the UK. He was presenting at the Nikon stage, showcasing the D7000 in some “video portraits” and other short commercial video work he’s been doing. I was particularly interested in his presentation since I have a D7000, plus my daughter is quite into video editing. It was great to see what someone could do with a video capable DSLR. If you’d like to see some of the video Humphrey showed yesterday, you can see it at XperienceFactory. 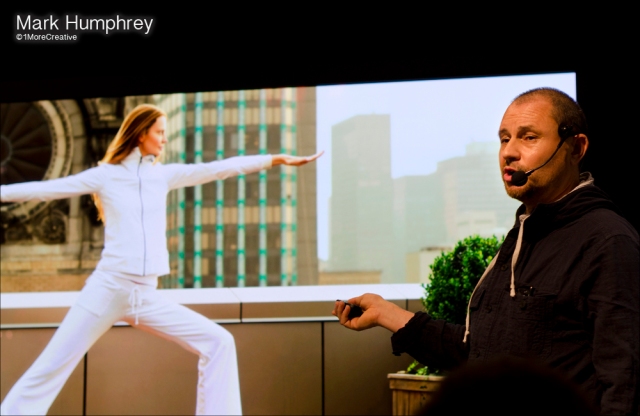 By far the biggest star of my day was Jay Maisel. I’ve watched both Kelby Training videos on him, and even visited his studio on a previous trip to NYC (that’s a whole other story! LOL!) I only wish I could see like he sees! I admire him for his work, his humor, his no bullshit attitude and his passion at an age where many are just sitting in front of the tube watching “Wheel of Fortune”. When I’m 80 I hope I’m still out exploring my world with a camera, and maybe have one tenth of Jay’s vision. Here’s a shot of Jay spreading his wisdom:

All in all, PhotoPlus Expo seemed a little smaller than last year, but maybe it’s just that the new car shine wore off. I wish some other companies would have be represented like iStockPhoto and Really Right Stuff, and I missed looking at a few things I intended to that were there.  There’s never enough time, especially when the crowds slow you down.  I did get to check out some new camera bags, it’s always nice to try before you buy.   The cost of one seminar was $85, which seems pricey for two hours. I’m glad I went to the Jay Maisel one this year, but probably won’t pay to go to a seminar next year. But, the Expo is free and lots of fun, and with a $9.50 round-trip ride on the Megabus and the lure of the Big Apple, I definitely  plan to go again!